We started this year with the dream of becoming manufacturers of a system we developed last year. This system was designed to run a small entertainment system, an internet router, and some lights.

We developed a manufacturing process and connected with skilled builders in the area. We had everything ready to make 3-8 systems at a time in batches. It was great, we were ready.

Then we went out to market it and found out that the system was too expensive for most people and overshot what most people were looking for. We found they were interested in something lighter and simple to set up and store when not in use.

We reached out to our solar panel manufactures and they took us under their wing. By August we had an answer. I must say testing the new systems this September was a blast!

We connected with hundreds of vendors, developers, and business leaders.

We shifted our attention towards reaching out to the groups of people who would want their own independent power station on the scale they need.

We created another SunBlox product called the sidekick, became premier dealers of a host of fold-able products. 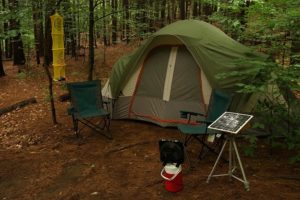 We even finished the packaging on our first product the mini SunCharger and got it ready for holiday gifts and stores of the future! 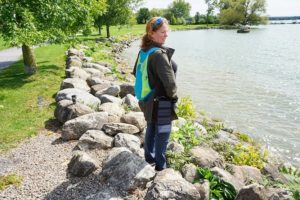 We now have three classes of solar power systems: SunChargers, Portable Power Stations, and Custom SunBlox Distributed Energy Systems. Now interested people can find a system that matches their price point and get choices appropriate to their needs easier.

All of this is because of the interactions we had this summer with welcoming and warm people who are excited to see what we offer.

Looking to the future I see us improving our social media, website, and getting our follow through and response time for interested people in line with their needs refined.

Thank you to everyone we met this year for guiding us to the right way to do solar power!